Get a Discount
Got a Question?
Section navigation 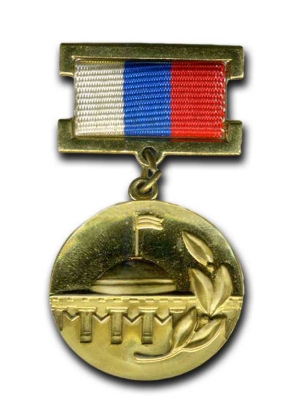 February 27, 2008 Russian Prime Minister Victor Zubkov signed the Decree #121 "About the Russian Government Prizes in the field of science and technology in 2007". For the first time in the last decade the workers of fish-processing industry were awarded with this prize!

For the creation of unique technologies and food additives and wide application of the advanced achievements of science the developer of Varex series food additives, Research Director of our company, Doctor of Science, Professor Varvara Gromova was honoured with the Russian Government Prize in the field of science and technology. The resulting scientific and operational results were estimated at the highest political level.

V.A. Gromova on the study awarded by the Prize: this study is a clear manifestation of the possibility to implement in practice the advanced scientific ideas and technological methods; it gives reason to consider fish-processing industry in the XXI-st century as a knowledge-based industry.

In today's world there is no analogue of the fundamental research and the results obtained by the authors. Russian scientists and specialists are justly the pioneers and leaders in the fish product technologies with the use of multifunctional food additives.